News
You are here:
In This Section

All-Aboard competes in to Skiffie Worlds 2019 by Robin Miller 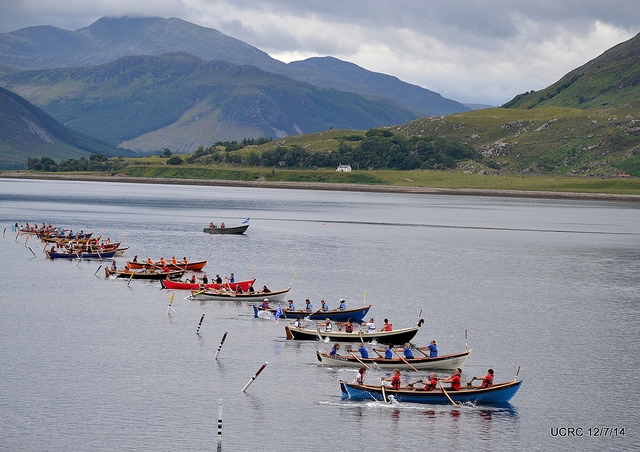 Most of us had started rowing when All-Aboard began over 55s rowing a few years ago, and were looking forward to taking part in a week of competitive rowing, meeting fellow skiff teams and enjoying the hospitality put on by the event organisers and the local community. 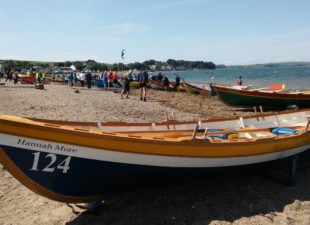 Stranraer stands on Loch Ryan in the beautiful but frequently overlooked south west corner of Scotland.  With a sandy beach set aside for the teams and a fifteen lane course set out on the Loch, we set up our gazebo on the shore as team HQ launched the skiff to try out the course and take part in the opening parade.

In our All Aboard T-shirts and with flags flying we rowed with the other 55 teams towards the shore to be greeted by the town’s pipe band and then paraded behind the band for the official event opening.  The next morning we started the racing, and with a regular steady breeze blowing up the Loch creating difficult headwinds and choppy seas, the contrast with our Bristol docks training ground became quickly apparent. 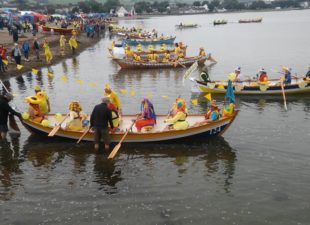 One area where we excelled was in on Daft Duck Day, where we dressed up the skiff and rowers to take part in a parade of duck based colour and silliness, made a duck based video and built a sandcastle.  We received two awards for our contributions!

Despite the challenging and unfamiliar rowing conditions, and with an age group older than most other crews, we didn’t come last in any round and at the end of the week we finished 38th overall out of 55 teams.   With cullen skink and stovies for sustenance and and the occasional drop of Galloway Gold from the local brewery for refreshment, not to mention a few work outs on the dance floor (the ceilidh was especially memorable), we all survived the week – which is more than can be said for our gazebo which was damaged beyond repair by the wind!

It all added up to an eventful and enjoyable week which we will still be talking about for a long time to come, while we prepare for the next Skiffie Worlds in 2022.

If this article has left you interested in Rowing or attend our Pay & Play sessions for experienced rowers, click HERE for more information or ring 0117 929 0801.