News
You are here:
In This Section

All-Aboard does Morbihan 2019 by Robin Miller 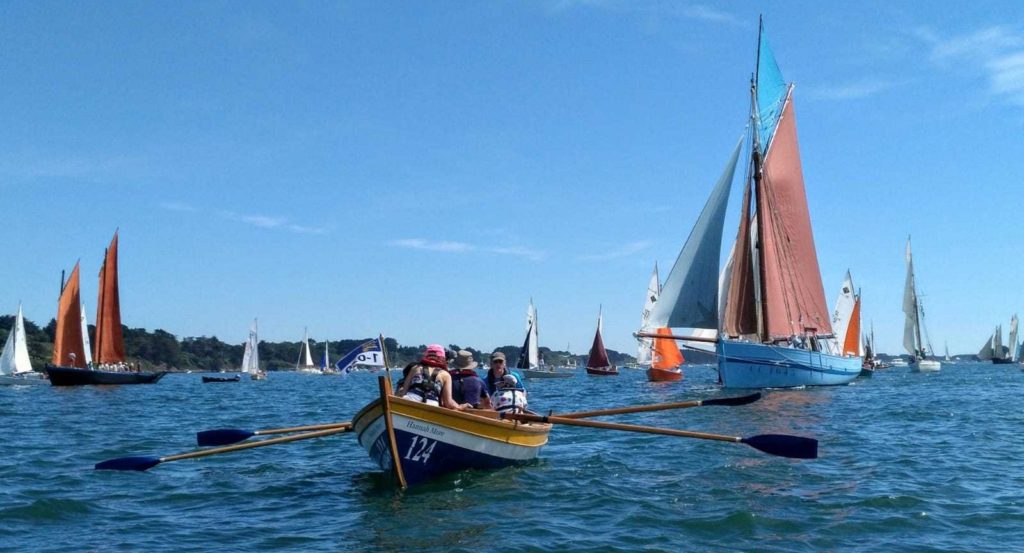 All-Aboard set sail for France at the end of May when a group of shed men and pay and play rowers took part in the Semaine du Golfe du Morbihan in Brittany.

The bi-annual regatta attracts well over a thousand classic boats from across Europe, ranging from small rowing boats to sailing ships, divided into flotillas depending on size and class, with each flotilla given a daily route, passing beautiful islands and coastline, contending with some extraordinary tides, and stopping off in picturesque villages.

All-Aboard entered a St Ayles Skiff, a Montagu Whaler and a Devon Day Boat, so we could both row and sail, and had plenty of seats to fill.  Most of the group started rowing with All Aboard’s 50+ taster sessions, and after just a few years were here taking on long and challenging rows in foreign waters. 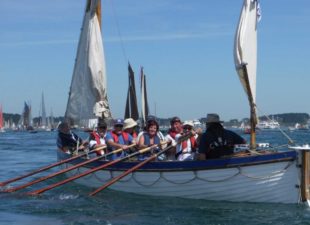 There was plenty of socialising too, with each village laying on food and entertainment, our arrival greeted with free wine, and sometimes a complimentary plate of oysters too, although the sound of the Breton pipes can take a bit of getting used to!   And for some of the group, trying oysters for the first time took a bit of getting used to as well!

The weather, which started off a bit chilly became warmer each day, until on the last day it was very hot and sunny for the finale – the Grand Parade.  As hundreds of boats of all shapes and sizes streamed through the entrance to le Golfe and tens of thousands of people watched the spectacle from the land, our three boats joined the long and colourful procession.

With a fast incoming tide we weaved our way between boats large and small, in what was the most exhilarating and memorable day of the whole week.  And what a great week it was!  Boats, sailing, rowing, food, beer, wine, singing – and oysters!  Thanks All-Aboard for helping make it possible and to everyone who took part, and especially to Steve Evans for organising it.

If this article has left you interested in Rowing or attend our Pay & Play sessions for experienced rowers, click HERE for more information or ring 0117 929 0801.